Enjoy Yourself In A Responsible Way! 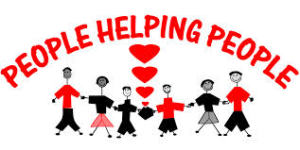 Now that the warmer weather has finally arrived and we all survived such a harsh winter, the tendency is for us as human beings to think we need to hurry up and cram good times into as many days as possible, before the temperatures dip back down again.

I, for one, love the summer, but forever need to remember that it was always my favorite time of the year to drink and do drugs.

There is just something about being able to leave my house and walk outside without a shirt on and just wear shorts to go to the beach, play ball, or simply hang out with friends.

I felt liberated – after a long winter – to be able to enjoy myself knowing that the days were longer and I could lay in the sun to get a tan.

However, my addiction would always turn what I thought was going to be fun into something worse.

Fights, arrests, gambling problems, and other negative consequences were the result of thinking I “deserved” to have fun during these warm months of the year without any regard of the outcome.

Nowadays, fun takes on a whole new meaning, since I am clean nearly six and a half years.

Responsibility, dependability, reliability, and trustworthiness are just some of the positive characteristics that I take pride in, and combined with my desire to help other recovering addicts, or anyone not living up to their full potential, is what motivates me each and every single day, rain or shine!

I don’t begrudge anyone who drinks socially, and just hope it doesn’t interfere with their normal, everyday life.

Nor do I have a problem with any person who works hard for a living, pays his or her taxes, and is a positive role model in the community.

In a perfect world, men and women who are successful would have sense enough to help those who are less fortunate than they are.

For when they do, we all feel better about ourselves!

Enjoy this great weather everyone, and if you ever feel the need to talk about something that is on your mind, know that I am just a click away!

I came into the world on October 18, 1961. John F. Kennedy was President of the United States. The film West Side Story was released, and would go on to win Best Picture at the Academy Awards. Major League Baseball was celebrating Roger Maris of the New York Yankees, who hit a then-record 61 home runs that season. I was an excellent student, although a bit of a class clown too. I spent a majority of my time playing sports, but fell in love with newspapers, which was how I was initially introduced into writing and storytelling. While attending Kingsborough Community College from 1979-1981, I served as editor-in-chief of the school's paper, and then joined the staff at Long Island University's Seawanhaka for my junior and senior years. At L.I.U. where I earned my Bachelor of Arts Degree in Journalism in 1983, I was also a selected member of Sigma Delta Chi, as well as Who's Who Among Students in American Universities & Colleges. My last year in college included an unpaid internship at WCBS-TV, Channel 2 in New York City, where I learned so much about the television business. Upon graduation, I landed a job at the network, starting as a news clerk for The CBS Morning News with Diane Sawyer, and also weekend shifts for The NFL Today with Brent Musburger. After quickly rising in the ranks to producer, my life suddenly went on a downward spiral due to addictions to alcohol, drugs and gambling, which ultimately led to nearly six years behind bars for robbery. My time incarcerated gave birth to my first published book, Jew in Jail, which tells my true story of how I finally decided to deal with my addictions and turn my life around, all the while under the toughest conditions imaginable of being a minority in the prison system, forced to fend for myself. Writing Jew in Jail - as I was doing my time - allowed me to become very introspective, and realize that I could help others in similar situations of being an addict and/or living with low self-esteem. Today, I still reside in my hometown of Brooklyn, New York, where I am working on my next book project, continuing to promote Jew in Jail, and always helping other addicts through my motivational and inspirational speeches, and one-on-one consultations.
View all posts by gman18 →
This entry was posted in Motivation and tagged addiction, alcohol, beach, characteristics, clean, consequences, dependability, drinking, drugs, gambling, Gary Goldstein, Jew in Jail, motivates, Positive, potential, recovering, reliability, responsibility, role model, successful, summer, trustworthiness, winter. Bookmark the permalink.