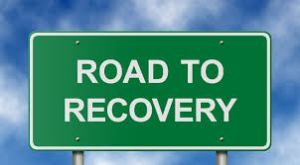 Without a doubt, these past five years and nine plus months have been the best of my 51 year life so far.

Recovery has helped me reclaim my life, self-esteem, self-confidence, and purpose for being.

Even though I nearly died of an alcohol and drug overdose way back in 1989, and then also spent nearly six years incarcerated as a result of my past addictions to alcohol, drugs and gambling from 1998-2004, it wasn’t until I woke up on the morning of October 31, 2007, and decided that I had finally had enough of the never ending maze that my life had turned into.

I was ashamed and embarrassed that, although I possessed a college degree in journalism and had worked for many prestigious media companies in the Tri-State area, I had succumbed to the disease of addiction.

However, not long after entering the Coney Island Hospital Chemical Dependency Outpatient Program, I learned that I was human and that recovery was indeed possible.

Today, after having graduated from the program in 2009, I am now the president of the alumni committee and speak to the current clients there, as well as recovering addicts at other programs, hospital detoxes, jails, schools, etc., and understand the importance of giving back to share the message to those who are still sick and suffering.

I also speak about the book I wrote while incarcerated, titled, Jew in Jail, to reinforce the fact that it is never too late to change, and that there is absolutely no shame whatsoever in asking for help.

Being clean and sober feels great – not only physically, but mentally, emotionally and spiritually – and provides me with the peace of mind and tranquility that is priceless.

Never will I take anything in life for granted, from a beautiful sunny day, to seeing children playing and enjoying themselves without a care in the world, and I owe it all to those professionals who work in the field, as well as the thousands of other grateful recovering addicts who share their stories and allow me to share mine too.

If there is one piece of advice I can give to those reading my story now who are still in the grips of addiction, it is to always keep in mind that, no matter what troubles you may be going through at any particular time in your life, someone else has already experienced the same problems and difficulties, and was able to persevere with the help of others and move on to lead a healthy and productive life.

In recovery, one is never alone, and I encourage those who are still battling this disease to always seek out someone to talk to, because keeping things bottled up is never the correct strategy.

In closing, this recovering addict wants everyone to know that they possess greatness, and no matter what anyone did in their past, it does not have to define who they are as a person.

Live recovery one day at a time!

It is chock full of insightful information on how I was able to recover from my past addictions to alcohol, drugs and gambling while incarcerated, and go on to lead a happy and healthful life myself.

I also always welcome comments from you, my readers, about my blog, book or website, because receiving feedback from you is what drives me to be my best and help others.

Until next time, everyone, have a great day, and week ahead!

I came into the world on October 18, 1961. John F. Kennedy was President of the United States. The film West Side Story was released, and would go on to win Best Picture at the Academy Awards. Major League Baseball was celebrating Roger Maris of the New York Yankees, who hit a then-record 61 home runs that season. I was an excellent student, although a bit of a class clown too. I spent a majority of my time playing sports, but fell in love with newspapers, which was how I was initially introduced into writing and storytelling. While attending Kingsborough Community College from 1979-1981, I served as editor-in-chief of the school's paper, and then joined the staff at Long Island University's Seawanhaka for my junior and senior years. At L.I.U. where I earned my Bachelor of Arts Degree in Journalism in 1983, I was also a selected member of Sigma Delta Chi, as well as Who's Who Among Students in American Universities & Colleges. My last year in college included an unpaid internship at WCBS-TV, Channel 2 in New York City, where I learned so much about the television business. Upon graduation, I landed a job at the network, starting as a news clerk for The CBS Morning News with Diane Sawyer, and also weekend shifts for The NFL Today with Brent Musburger. After quickly rising in the ranks to producer, my life suddenly went on a downward spiral due to addictions to alcohol, drugs and gambling, which ultimately led to nearly six years behind bars for robbery. My time incarcerated gave birth to my first published book, Jew in Jail, which tells my true story of how I finally decided to deal with my addictions and turn my life around, all the while under the toughest conditions imaginable of being a minority in the prison system, forced to fend for myself. Writing Jew in Jail - as I was doing my time - allowed me to become very introspective, and realize that I could help others in similar situations of being an addict and/or living with low self-esteem. Today, I still reside in my hometown of Brooklyn, New York, where I am working on my next book project, continuing to promote Jew in Jail, and always helping other addicts through my motivational and inspirational speeches, and one-on-one consultations.
View all posts by gman18 →
This entry was posted in Motivation and tagged addiction, alcohol, alumni committee, clean, Coney Island, detox, disease, drugs, gambling, Gary Goldstein, greatness, healthful, hospital, incarcerated, jail, Jew in Jail, journalism, outpatient, overdose, persevere, recovery, school, self-confidence, self-esteem, sober, tranquility. Bookmark the permalink.